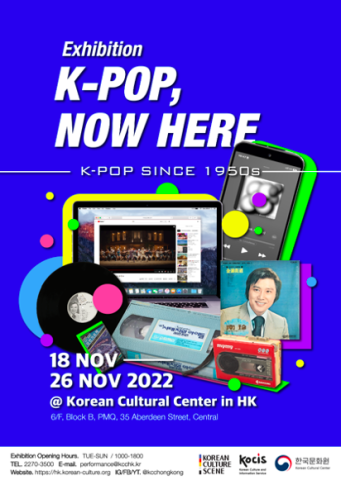 ‘Korean Culture Scene’, a representative brand to introduce Korean culture to the world, is holding a variety of cultural events in Hongkong.

Korean Culture and Information Service (KOCIS) of Ministry of Culture, Sports and Tourism(MCST), and overseas Korean Cultural centers hold ‘Korean Culture Scene’, overseas Korean Cultural Festivals in some major places over the world to introduce Korean Culture. So far they have held various cultural events about Korea in Hongkong and countries as UK, Hungary, and Thailand. The events focused on the most favored themes in each area including Korean music performances, exhibitions on traditional Korean handcrafts, round Korean festivals, etc.

In Hongkong, the center of culture and arts of Asia, there have been colorful events on Korean pop culture since October, hosted by Korean Cultural Center in Hongkong. The first was “Korean Square (Oct.22-23)”, a comprehensive hands-on event on Korean culture where around 5,500 Hongkong citizens visited. Following this, there will be many other cultural programs under Korean Culture Scene including ▲ Lecture on Korean Mass Culture (Nov.4, Nov.18), ▲ Exhibition on K-pop cheering sticks (Oct.25 – Nov.26)

Cabinet expected to sign off on windfall tax on electricity companies –